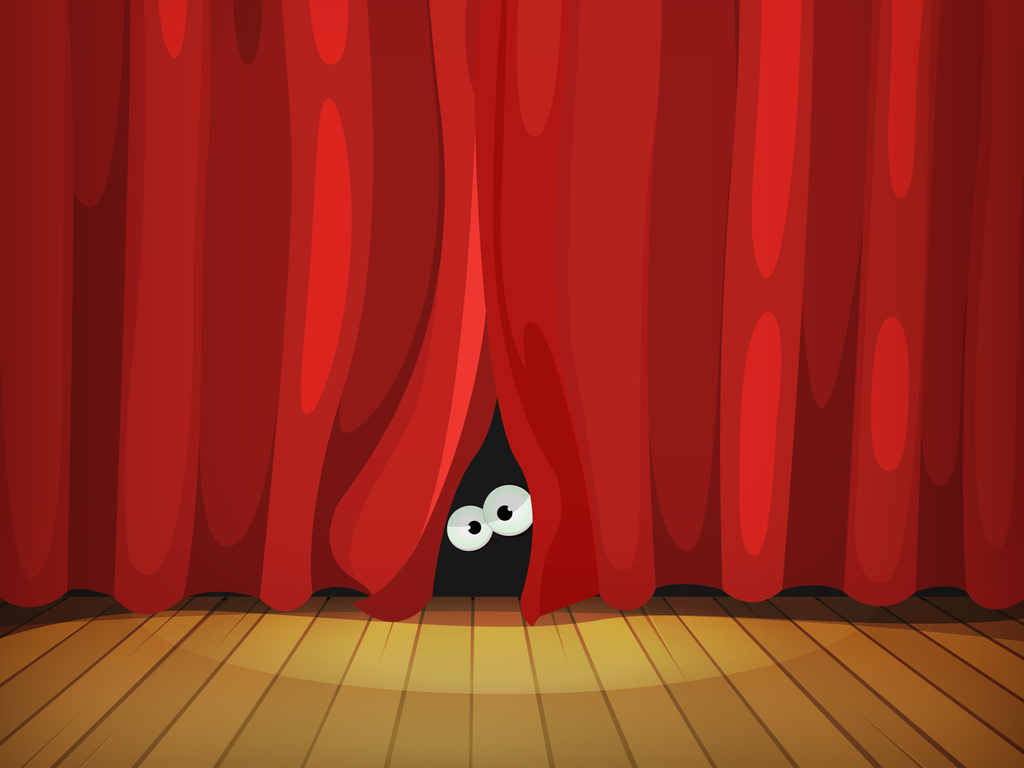 I can recall the first time I experienced stage fright, as clear as if it was yesterday.

I went to an audition for a chorus part in a professional musical theatre production of The Student Prince. I step on stage feeling quietly confident and started to sing. About 4 or 5 bars in my knees suddenly took on a life of their own, they began shaking violently. It distracted me for the rest of the audition and was so severe I could hardly walk off stage after I finished my performance. I felt awful, my performance was ruined. An overwhelming sense of doom descended on me as I left the audition. What I found unsettling was that I had already performed in front of thousands of people, as a soloist and ensemble member. I’d sung and played in numerous singing competitions and had never experienced such a violent reaction. It took me a few hours to calm down, and I was left with a sense that my audition had gone very badly, that I would not be getting the callback.

What happened to me?

Well, I am sure you have already identified my symptoms as those of stage fright.

The term ‘stage fright’ is a rather misleading term as it isn’t the stage or being on it that causes a performer to experience anxiety, rather it is the feeling of exposure and vulnerability when standing in front of an audience that causes fear and anxiety to the surface. Recently ‘Performance Anxiety’ or more specifically ‘Music Performance Anxiety’ has superseded the term ‘stage fright’.

For me, the trigger was catching a glimpse of the director and producer whispering to each other whilst I performed. I recall feeling quite exposed and vulnerable, and I started thinking that they were talking about how terrible I was.

The feeling of fear activates a series of uncomfortable and often debilitating physical symptoms; symptoms that can work against the performer and cause them to play or sing inaccurately or poorly. These symptoms are a result of a primal physiological response called the ‘fight or flight response’.

What is the fight or flight response?

The ‘fight or flight’ response crucial for survival will produce hormonal changes enabling us to put up a fight or flee from the situation. Whilst obviously a very useful tool for stone-age man and in the jungle when facing a hungry lion, it is not always appropriate in our modern lives and certainly not when we are about to sing or play our heart out in front of an expectant audience.

As a response to the ‘perceived’ threat, the body will release a hormone called adrenaline. This hormone, in turn, will stimulate organs in the body to allow it to cope with the need for fighting or fleeing. Adrenaline increases the heart rate, diverts blood to the heart, brain and larger muscles, diverts blood away from extremities and less important organs such as the stomach and raises the blood sugar levels so there is enough energy available to fuel the larger muscles.

How does that affect the performer?

This biological reaction will have physical effects on the performer’s body and brain, which presents its self in a variety of ways including:

These effects may interfere with the performer’s ability to deliver a good vocal, song and performance as well as affecting their ability to build, that all-important, audience rapport. This leaves the performer feeling that their performance was crap; that they weren’t good enough, that the audience were revolted. It is the memory of this experience that will trigger off consequent performance anxiety, in other words, it becomes a learned anxiety response.

The good news is learned responses can be ‘un-learned’.

Does this mean you shouldn’t be on stage?

It is worth noting that performance anxiety bears no relation to talent or ability levels. It can also strike at any time, as it did in my case. Barbra Streisand famously stopped performing live for 27 years after forgetting some lyrics at a concert in New York’s Central Park, of the experience Streisand said:

She didn’t return to live performance again until the introduction of the teleprompter to the stage in the Nineties.

If you are a sufferer of performance anxiety I am hoping that by understanding that your symptoms have a biological and emotional root, you are now willing to go and do something about it. There is no reason why you cannot overcome the negative effects of performance anxiety. It may take some time and experimentation but there is an abundance of strategies and therapies out there to help you.

May you always perform with confidence and freedom.

PS: Believe it or not in spite of my negative expectations I did get the callback, and then the part!